Commonly a dust cover of all the interior books represents a photograph of an interior that reflects the designer's author style. I've chosen another way. Because the essence of the Interior does not come to what color to paint the walls in, which carpet to put on the floor and which couch to put it on. The essence of the Interior is wider, it shows how to make people living in the exact Interiors happier. In its deep essence the Interior is a conversation about the state of happiness that a person
experiences in a particular Interior as a whole and not about the type of a couch to choose for the exact space.
For this reason I wanted the cover to look light, weightless, to create a sense of joy and happiness. Together with Milla Rezanova, the artist , we came up with the idea of me dancing on the city rooftops. And also a bunch of colored balloons appeared on the cover as a symbol of happiness and children's delight. This became the final version of the dust cover.
As a prototype we used the photo taken in my garden last summer.. 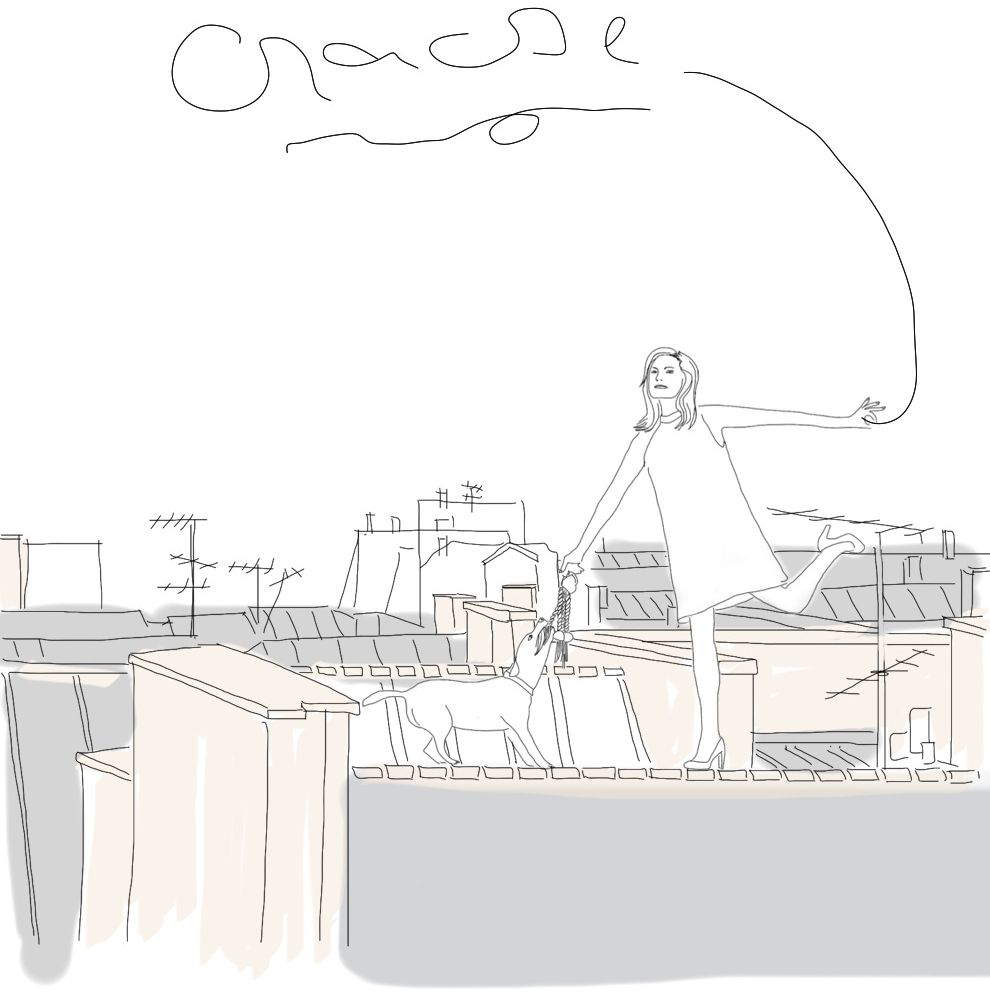 This is how the idea becomes a reality in the printing house.: 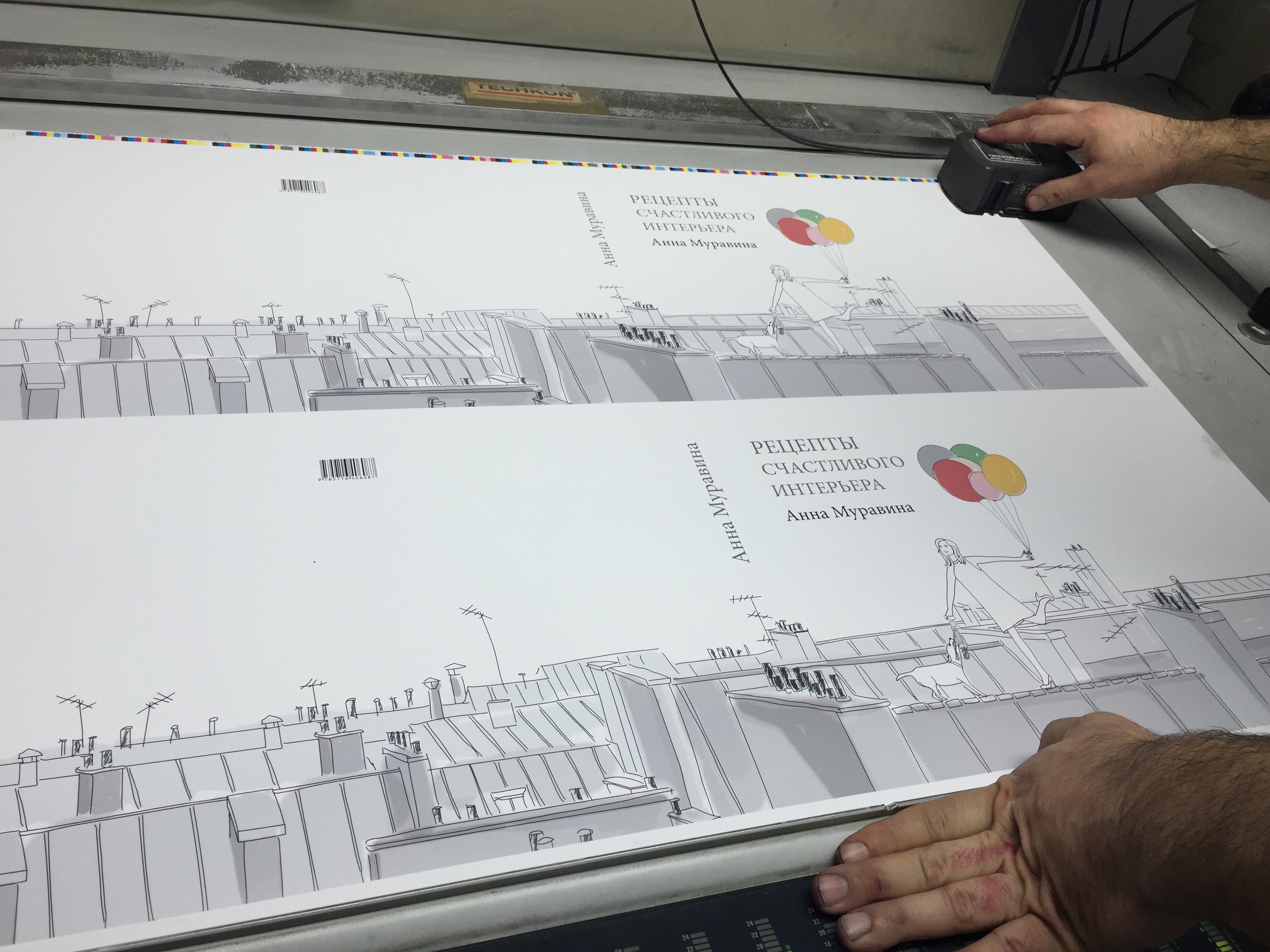 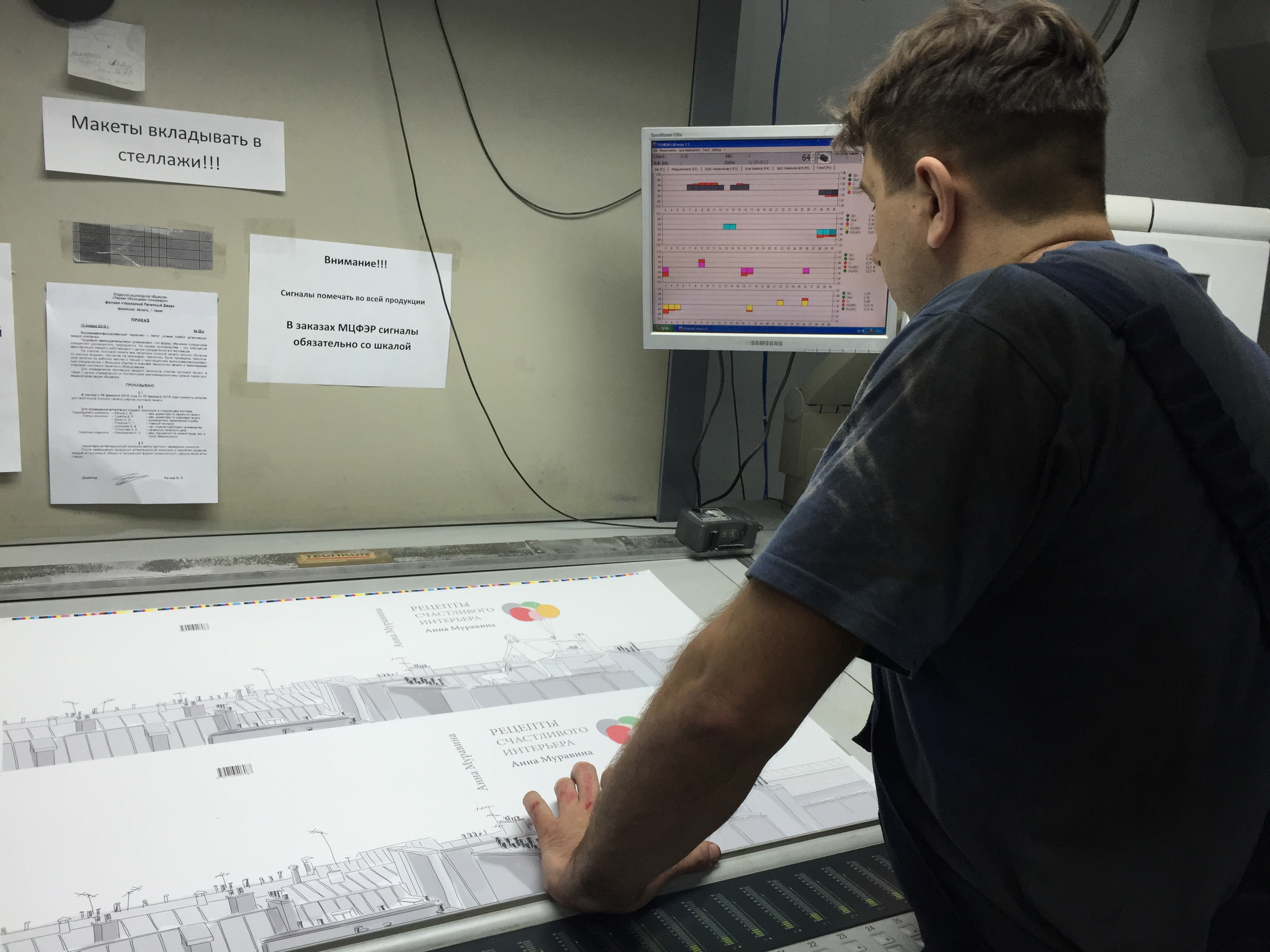